Last weekend, I went to the first day of FutureFest with a friend. FutureFest is a conference organised by Nesta about what the future will be like. It had loads of talks and panel sessions, filled with academics, politicians, artists and musicians, as well as interactive art installations and other exhibits. I wanted to write a brief summary of some of the cool things I saw in order to remember them.

The Garden was an installation by London Glades (a pair of ‘ecological landscape designers’) about re-imagining humanity’s relationship with nature, and redefining the idea of ‘rewilding.’. And oh what a cool installation it was. Especially considering they’d built the whole thing indoors at Tobacco Docks for the weekend. 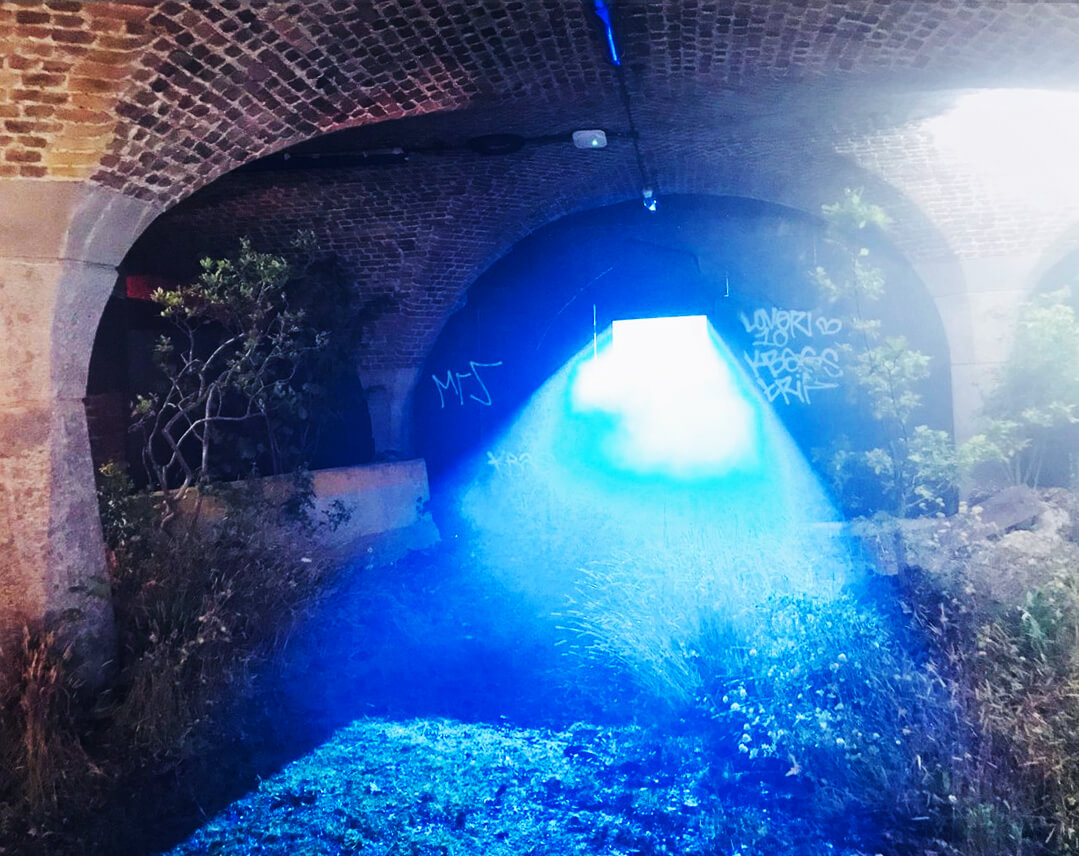 The installation was divided into four sections: detached, unresolved, inspired and balanced. Visitors could amble through, and throughout the day, tours of the garden as well as short talks were being given in the garden. (One talk was by Åsmund Asdal, the co-ordinator of the Svalbard Global Seed Vault! If you haven’t heard of the Seed Vault then you gotta listen to this podcast about it).

The first section, ‘detached,’ had remnants of man-made constructions, like concrete motorway barriers and lopsided bus stops, that were slowly decaying away. It had ‘pioneer species,’ which is the name given to the first plants on the scene. These are annuals, and are what in a garden we think of as weeds, but are actually the plants all around us. They are the plants that start getting some compost going.

The next section was full of tension. Nature in the UK if left alone wants to become a forest, so here we saw pioneer species continuing to build towards that. But the relationship between people and nature was unresolved. There is a tension, coming from humanity’s need to control things. ‘Rewilding’ in terms of removing all human elements and replacing them solely with ‘natural’ elements is not the future. Some kind of balance is needed.

The third section was nature’s newly emerged forest; nature had reclaimed this area. The floor was damp, the soundscape had no human sounds in it. All 7 layers of the forest were present. Was this the future we wanted?

The last layer was harmony. It looked similar to the previous layer, in that it was totally wild. But there was an aesthetic quality to it, a warmth. It had been designed by humans and was very much a part of the urban landscape, rather than part of the ‘wild’. The abundance of trees and layered canopies held a secret: every plant was edible in some form and permaculture. There was a wealth of biodiversity; perennials were growing rather than annuals. The soundscape featured all the sounds from nature, paired with children laughing. This section embraced the fact that we as humans are nature. This was the vision of an ecologically-centred city.

Other cool things, in brief: #

Read more articles tagged Personal, or check out everything.