I recently returned to the UK having spent the summer working as the magic instructor (or ‘Director of Magic’ I suppose) at Long Lake Camp for the Arts. I spent my days teaching magic to 8 - 16 year olds, most of whom were total beginners. It was a blast and I have a lot of great stories and great memories from the past three months.

Over that time we put together three short magic shows, on the last weekend of each session of camp, for parents and guardians of the children to watch when they came to collect them. Camp was awesome because we had a huge scope to try out lots of things, so I had the opportunity to cobble together a version of my favourite trick, the lottery illusion. (This is the best way I’ve seen it done before. I’ve also seen a different version performed live in Oxford by Dynamo!) I thought I’d share my version:

There is a large potted plant awkwardly placed in the middle of the audience.

Six people in the audience are randomly chosen. They each stand where they are, and are given the following rules: think of a number between 1 and 50, everyone’s number must be different, if someone chooses the number you wanted before your turn you’ve gotta quickly think of a new one and change it.

Crap. Try to laugh it off. Shrug your shoulders and conceal your disappointment. Make a joke about none of your plants being in the audience tonight, so that’s why the trick didn’t work…

Oh wait! There is a plant in the audience. Venture off the stage into the audience, lift up this super heavy potted plant, and, underneath, show there is a lottery ticket which has the correct six numbers. 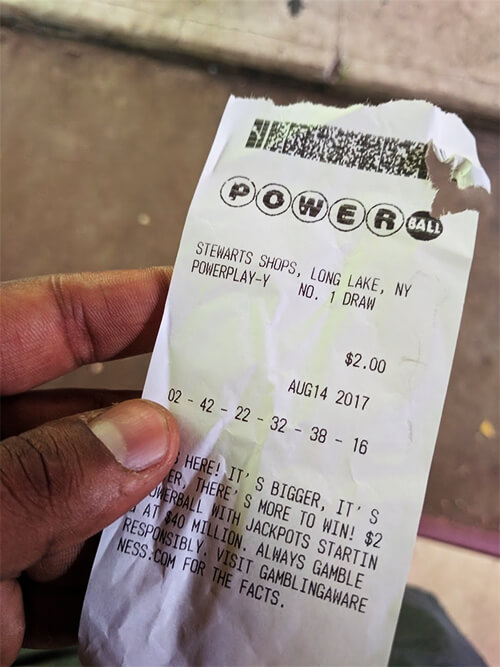