Last weekend I attended Startup Weekend Oxford: Fintech Edition. It was the third startup weekend I’ve attended, having been to one in Oxford two years ago and one in London late last year. I love them — each time I’ve been, I’ve met really lovely people, and had fun working on really cool ideas. This time the team that I was a part of won first prize! 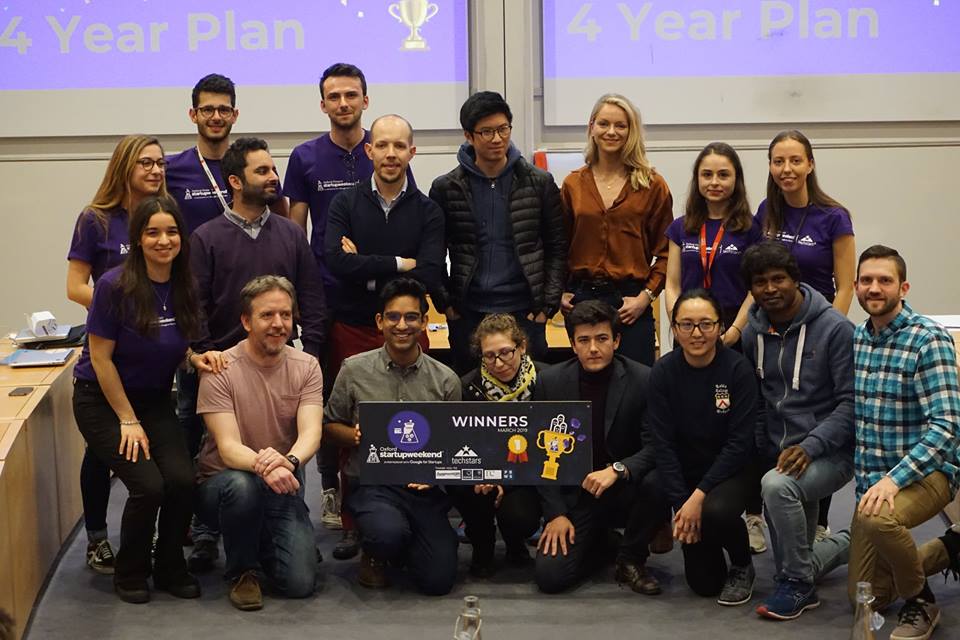 Our team, the judges and the organisers

What is a Startup Weekend? #

Startup Weekends are organised by Techstars in partnership with Google for Entrepreneurs. Over a weekend, 50-80 people self-organise into small teams, come up with a startup idea, validate the idea, and pitch it.

Despite the weekend being full-on, it has a defined structure. (In comparison, hackathons, in my experience, are twenty-four hours of solid coding).

On Friday, everyone arrives, mingles, has some food and drink, and is invited to pitch an idea for a startup that they haven’t yet worked on. People vote on the ideas, and the top 7 (or so) are chosen. Everyone forms into teams: one team per idea. with people they’ve never met before. On Friday night, throughout Saturday, and on Sunday morning, the team works on the idea: coming up with a prototype, a business plan, a growth strategy, and putting it all into a pitch deck.

On Saturday there are workshops. There are about how to validate a problem, pitching, growth strategies and so on. There are also mentors from related industries, who have lots of experience and so can answer questions and offer advice.

Getting a team together #

I didn’t pitch an idea at the previous two startup weekends I went to. I actually ended up being on teams working on social enterprises at both. The first one was a ‘pledge-swapping’ app, where users could meet other socially-minded users and commit to (for example) going vegetarian for a week in excahnge for signing up to the Labour party membership. The second idea was about encouraging people to boycott brands that had bad human rights practices and offer ethical alternatives. 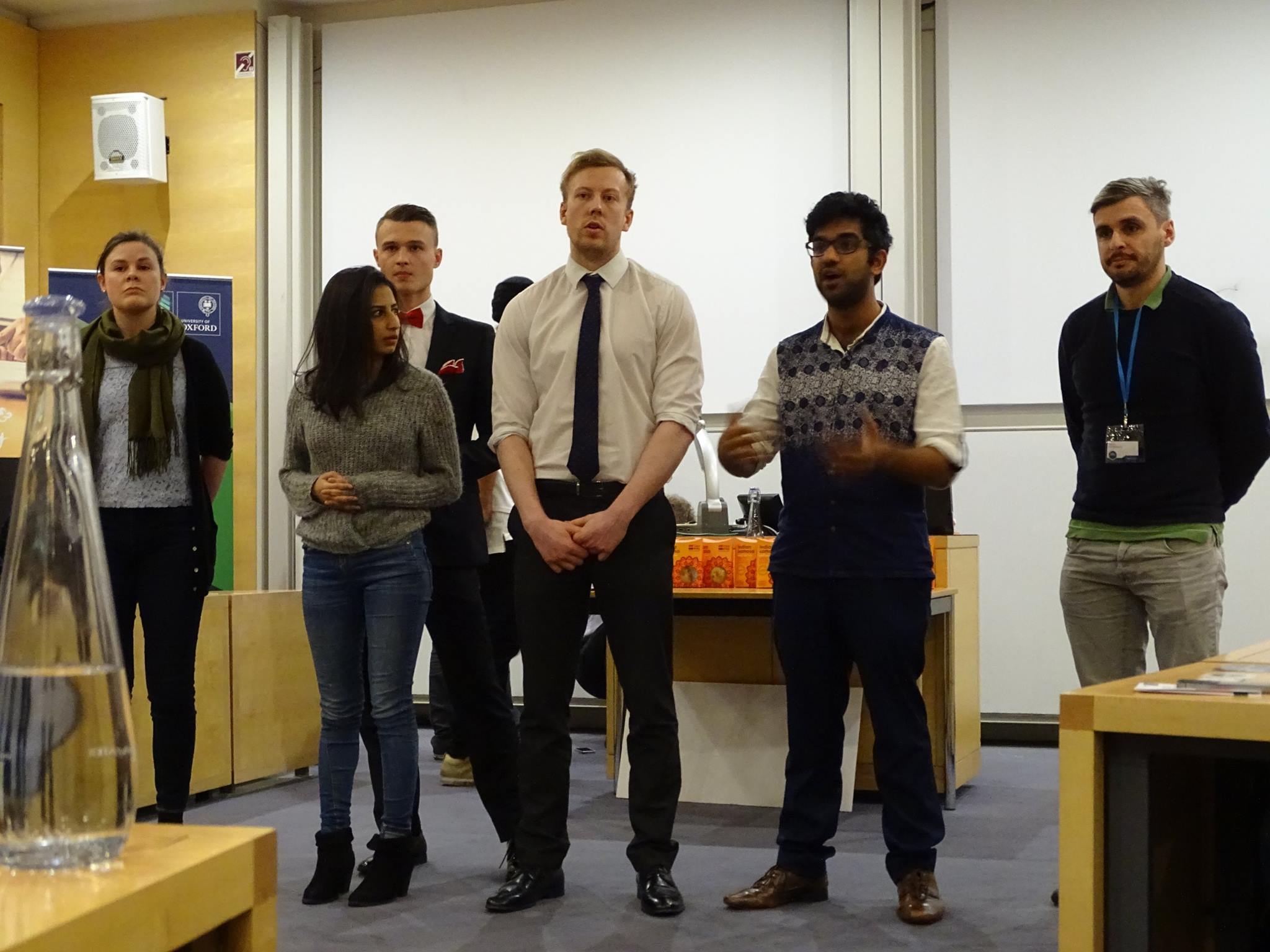 Photo of me answering a question from the judges at Startup Weekend Oxford 2017.

So this time around I was keen to pitch an idea, but didn’t have anything fleshed out. But I did, however, have a (macro) problem that I thought needed solving. Renting is crazy expensive (especially when living in London in your early 20s) and saving enough to get onto the property ladder while paying so much in rent is nearly impossible.

Unlike most pitches, I didn’t pitch a solution. I had no sexy app in mind to solve this problem. I did, however, have a concept in mind that could be used: property guardianship.

In brief, a property guardian is someone who enters into an agreement with a company to live in an otherwise unoccupied building. Property guardian is not an officially recognised term; it is used to denote a resident who doesn’t have a lease agreement so is technically not a ‘tenant’. The company who owns the building saves huge amounts in insurance and empty building tax (in some cases a £110k p.a. bill dropped to £15k p.a.) and the guardian gets to live cheaply in a non-residential building. The buildings could be anything, from office blocks to disused hospitals. Often they have no furniture, and only have running water and a smoke alarm.

People pitching usually say who they want to join their team: designers, developers, marketers, and so on. I just asked for anyone who was keen to research the problem as much as possible, and see if we could find a solution. My pitch got enough votes and eventually we formed a team of 7.

Friday evening was spent doing a brain dump of all potential ideas. Saturday was spent doing a lot of research. There were lots of problems; one we kept coming back to was that potential property guardians don’t know what their legal rights as a guardian would be. We thought of pitching an app that compared different property guardian companies; an app that made it really easy to sign up and apply, and get NFC powered key access to a building; an app that targeted international students looking to live cheaply…

But all our research showed that none of these had a business case.

There are 40 or so companies that offer property guardianships, and only 7000 guardians in the UK. One company had a waiting list of 2000 people. The market was both small and crowded. Moreover, the appeal had disappeared: when these properties first appeared in the early 2000s, places could be ‘rented’ for a third of what normal rent was. Now the cost is basically the same, but you don’t get the same guarantees or provisions that a renter would. There are horror stories of deposits never being returned, guardians having to vacate within 24 hours, and more.

The nail in the coffin came when one of our team tracked down a journalist who had lived as a property guardian in multiple properties in the last ten years, and had written a piece about it in The Times. He told us that we really had no business case. Because of the rising cost to be a property guardian, our startup would make so little money running a service on top. And in his opinion, the whole scheme would “eat its own tail” and disappear in a matter of years.

We didn’t really have anywhere to go with the idea. It sounded great: 24,000 commercial properties in London alone are empty, and 11,000 of those have been empty for 2+ years (source). But we had nothing unique, and no way to convince those property owners that a person needing somewhere cheap to live was better than a good security system until they could be sold.

So, on Saturday evening, three quarters of the way into the competition, we decided to scrap everything we’d done and start afresh…

…so we ‘pivoted’. We came up with and refined a new idea: simplifying co-buying a house.

Groups of friends in their early 20s who are already renting together can save money by jointly buying a property and paying a mortgage together, and then, in four or five years time, they can sell it and buy somewhere else by themselves or with their significant other.

This is already possible to do, but people don’t do it, because it’s not easy. There are lots of difficult ‘what if’ questions. What if someone wants to get married and leaves? What if someone goes bankrupt and I’m held liable? What if two people want to buy out another person’s share?

Our app would show people explicitly what happens in these various scenarios, removing any worries, and would also show the savings made by not paying rent and by potential increase (or decrease) of the property’s value. The company would initially be profitable by gaining referral fees from conveyancers and mortgage brokers, and could eventually branch out into subsidiary revenue streams.

Although this idea focussed on a completely different problem, it solves the same macro problem: rent is expensive; how do I pay less rent?

Our team scrambled together a pitch deck, some figures to size the market and present a business case to show it was viable, we put together a quick prototype with Figma (I <3 Figma), and we pitched it. And we won!

The weekend was a blast. I already knew from previous startup weekends that the best startups have to actually solve a problem, instead of just creating a solution for a problem that no one has. But I never expected to pivot away from an idea so late into the competition, but still be able to end up winning.

Other lessons: a good pitch and a good prototype really make all the difference. Each team only had five minutes to communicate what we’d spent the whole weekend working on, so at the end of it all, it really came down to selling what we’d done to the judges, and getting them to believe in our idea.

I feel super lucky to have worked alongside such an amazing team throughout. We all listened to each other, worked collaboratively, and bounced ideas off each other. It was this that eventually allowing us to land on something really great. 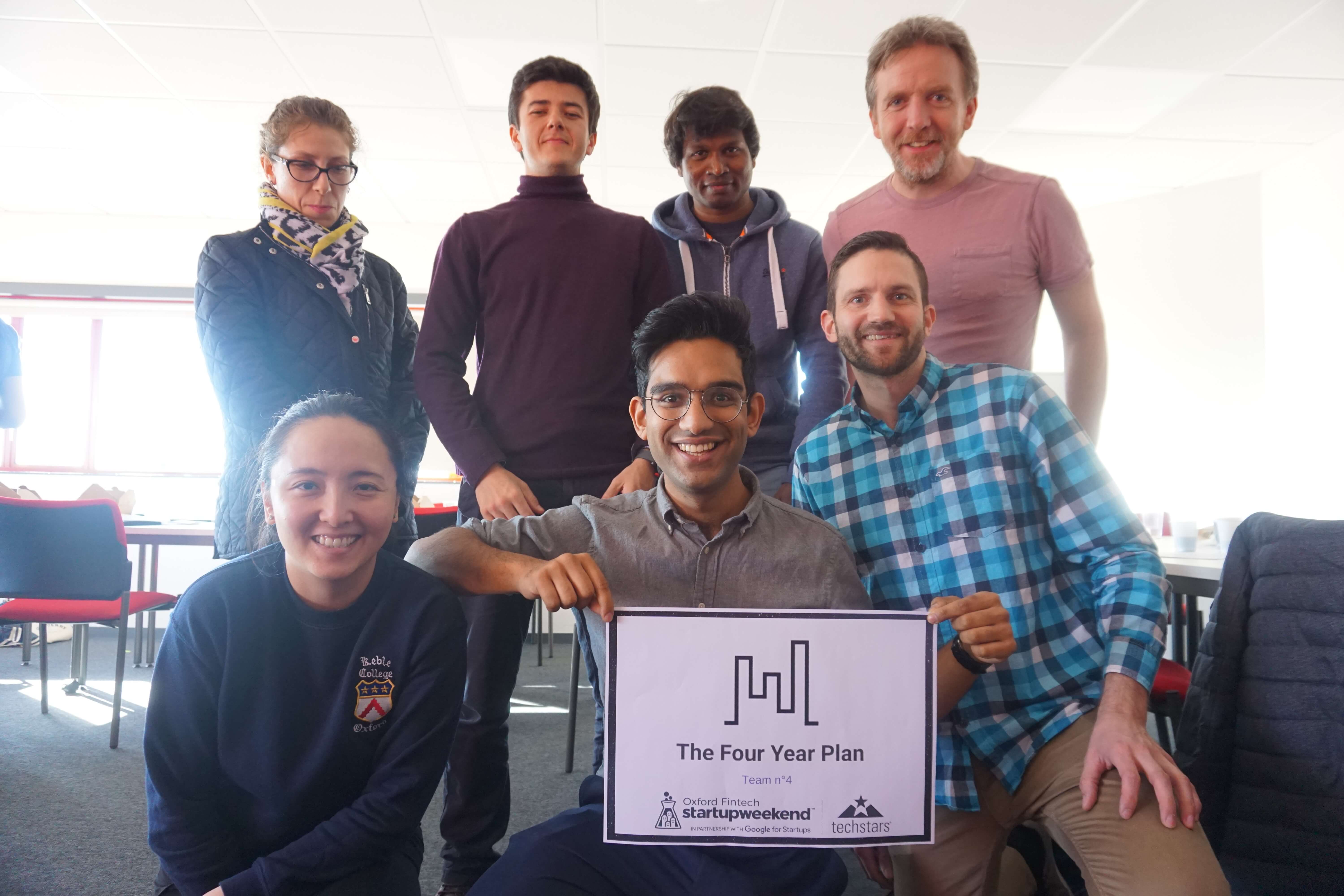 Stay tuned for more info about our startup-in-progress!

PS: Matt also did a write-up about our team at Startup Weekend; you can read it here.

Read more articles tagged Startup, or check out everything.