Earlier today, my friend and I were clambering around the shore in Salcombe. As the tide was flowing out, we tried to reach some of the quieter (read: less busy) beaches. We walked down a steep cliff, along an overgrown canopied path, til we reached the coast. From there, a set of giant concrete steps took us down to the edge of the water.

These steps showed clear signs of the water’s attack. Each was decidedly less rectangular than it would have been initially; each slab had peeling edges, reminiscent of a book dropped in water. The waves, over decades (if not centuries), had calmly and relentlessly flowed against the ‘immovable’ structure, causing them to crumble.

After the steps came a landscape of rocks: treacherously jagged, covered in seaweed and rockpools, inviting us to climb on them in spite of the danger. In contrast to the field of rocks, the man-made steps were denser, blockier; but pathetic looking, almost supine, next to the grand, natural, sharp rock forms surrounding them. 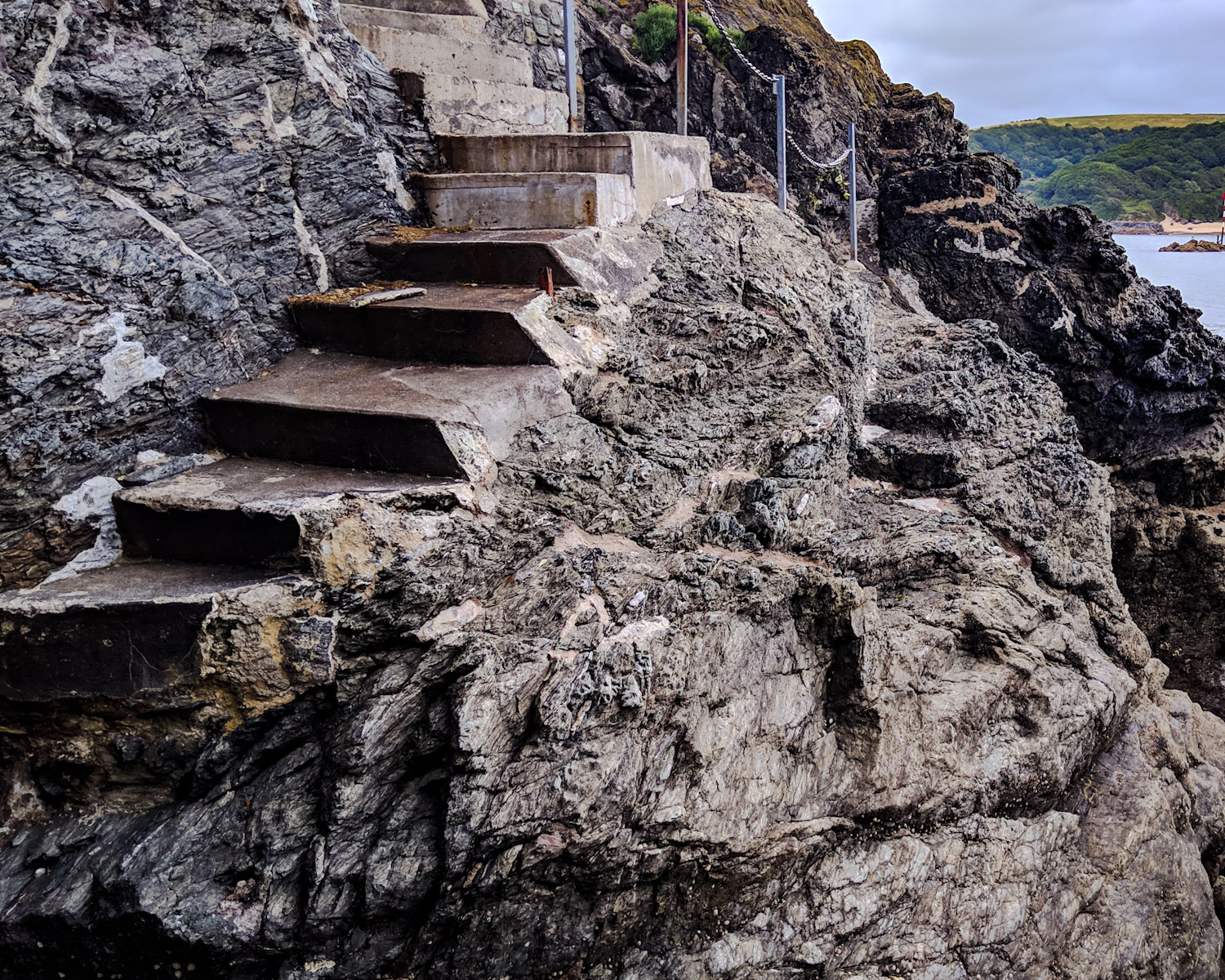 In geography lessons we used to joke: if you’re not sure of an answer, just write erosion. It was the physical process responsible for a lot of what we learnt about back then: waterfalls carving out cliffs, oceans tunnelling out caves in the coastline, rivers meandering to form ox-bow lakes.

But there’s something prescient in that childhood joke.

Erosion, as a process, is ubiquitous. It’s a part of every part of our lives. A wearing away. A gradual movement.

Right now, with the global pandemic on, nothing’s changing particularly quickly. But we can keep hammering away at things, confident that over time they’ll change. Even as the world seems to be on pause, there’s a gentle erosion happening, and things will slowly start to move…

I’m using the time to consider some big things, most notably my next career step. I’m also slowly hammering away at the daily meditation, slowly starting new writing projects, and slowly getting into better exercise routines.

Read more articles tagged Personal, or check out everything.