How Kant solved one of the greatest dilemmas

This blogpost was first published on the u2tuition blog. If you want to learn more about Kant, I recommend watching or listening to this lecture series by Dan Robinson.

This is all because he went about philosophy in a unique way.

Before Kant, philosophers had tried to answer questions such as: what is the soul? Is all matter made of the same substance? What can we have knowledge of? And does God exist?

Kant instead begun by asking a more fundamental question. He claims this question has to be answered before we can ask any other questions.

The main idea is this: instead of humans passively receiving information from the world around us via the sensory data collected by the sense organs, the human mind instead actively plays a part in shaping the world that we experience. This means that everything which we experience does not come to us already shaped. Instead, we play a part in shaping how our experiences are structured.

This idea is not that controversial: current researchers in neuroscience and psychology agree with this. Anil Seth, a cognitive neuroscientist and the co-director of the Sackler Centre for Consciousness Science, describes it as your brain ‘hallucinating’ the conscious reality you experience.2

It also makes sense of our understanding of how animals perceive the world. Consider two animals: dogs and flies. Dogs are red-green colour-blind, so cannot perceive the same range of visible light that humans can. Flies experience the world in a way we are thoroughly unable to comprehend, as they have prismatic vision, so only experience a ‘prismatic’ word.3 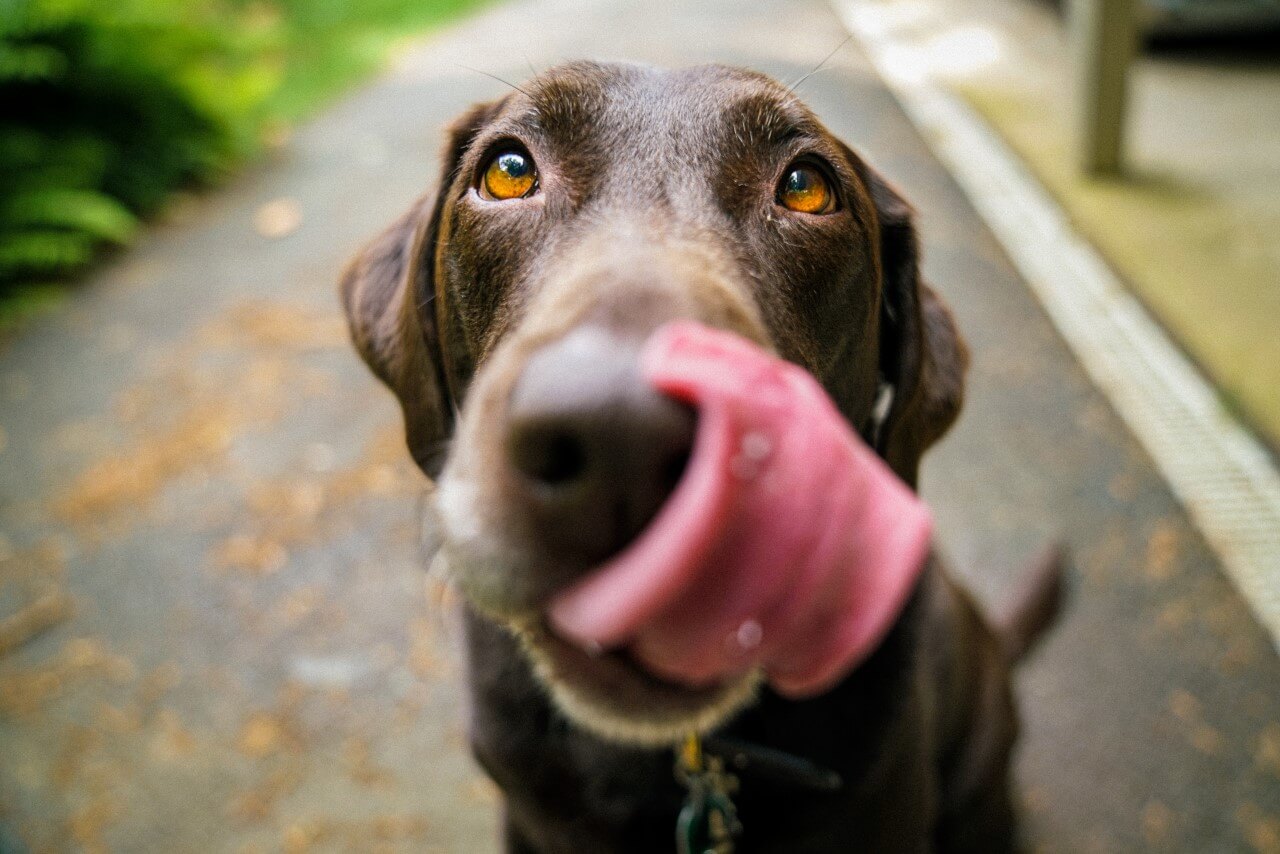 An example of one of the specific ways in which Kant thinks we shape the world is to do with causal relations. According to Kant, we only ever perceive two events as being causally related because we sculpt them as being causally related. (This view of causality is meant to solve Hume’s famous problem of causality;5 Kant claims that it was Hume who awoke him from his “dogmatic slumber”).

A consequence of this is that all we ever experience is a world of appearances. We never directly experience any kind of objective reality, which Kant refers to as the world as it is in itself (or Ding an sich).6 This view is controversial, but it allows Kant to provide a solution to a problem that raged between the greatest philosophers in the centuries preceding him.

The Greatest Dilemma In All Human Thought #

Before Kant, there were two conflicting answers to the question: what can you know using the pure faculty of reason? Think about this for a moment. If you were sat in an armchair with your eyes closed, could you know anything? What would you be justified in claiming knowledge of?

Before we answer let me introduce a distinction between four types of knowledge:7

The rationalist philosophers (Descartes, Leibniz, Spinoza and others) thought we could have synthetic a priori knowledge. This meant that we would be able to know things only by using our faculty of reason. Descartes’ famous Meditations make use of this. From his armchair, Descartes conducts a thought experiment: what if everything we experience is an illusion caused by an evil demon? He claims that this isn’t the case, by a series of steps that only use his faculty of reason. He first realises that he is a thinking being (this is the famous “I think, therefore I am,” which is often called the cogito). He then reasons that, as he clearly and distinctly knows that he is a thinking thing, anything he thinks clearly and distinctly must be true. He continues to reason in a similar way, to reach conclusions about the existence of God and the nature of his soul. All of this is done without any appeal to the world of experience. It all happens from his armchair. 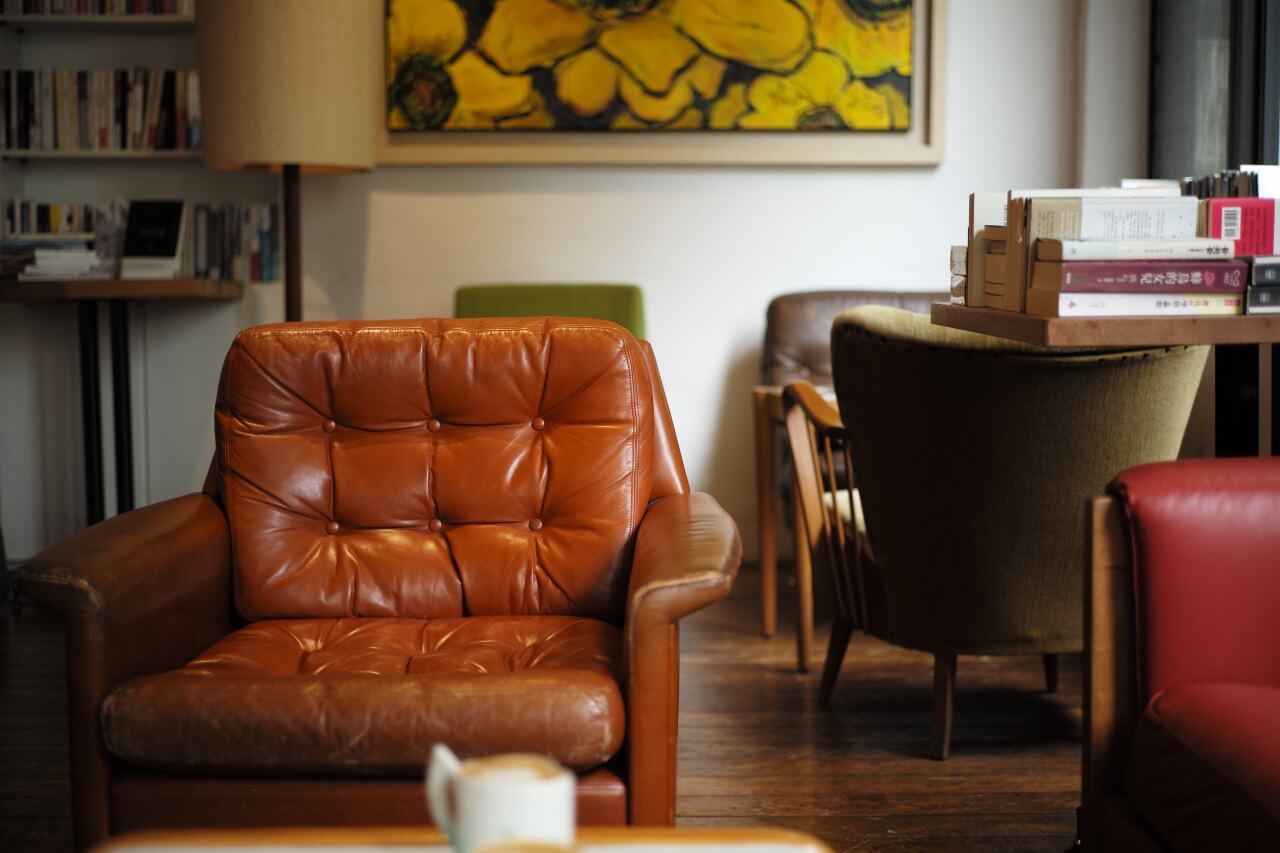 The empiricist philosophers (Hume, Locke, Berkeley and others) thought that we could not have synthetic a priori knowledge. Hume famously writes in the Enquiry Concerning Human Understanding (12:34) “Does it contain any abstract reasoning concerning quantity or number? No. Does it contain any experimental reasoning concerning matter of fact and existence? No. Commit it then to the flames: for it can contain nothing but sophistry and illusion.” By this he means that we only allowed to claim knowledge of truths that are synthetic a posteriori or analytic a priori, and nothing else.

This leaves us in this situation:

Synthetic a priori truths are ones that we can’t get from external experience, but still increase our knowledge. Answers to metaphysical questions, like what is the nature of the world, or can events cause other events, or does God exist, are all synthetic a priori. It is supremely important that we are able to give answers to such questions instead of just remaining sceptical about them; if we can’t give answers, all of metaphysical enquiry is doomed, as Hume thought it was. But the rationalist solution is no good either – there clearly seems to be something wrong with laying claim to grand ideas about God and the world purely using reason.

Kant provides an incredibly clever solution to this problem. Instead of siding with either the rationalists or the empiricists, he synthesises their two answers into one position, claiming that the two sets of philosophers before him were just “wrestling with shadows.”

This gives Kant an answer to what we can know solely by using our faculty of pure reason:

Kant’s synthesis thus provides a way out of this grand dilemma.

How This Has Impacted Everything Since #

Before Kant, philosophers and scientists were roughly the same thing. They both investigated the nature of the world. But during and after Kant’s time, new scientific and mathematical methods were being developed. This led to the distinction between philosophy and science becoming stronger. The job of the philosopher became to support science, by finding a ground that justified all the discoveries of the scientist.

Kant was writing in the time of Newton. Newton was making leaps and bounds in the fields of mathematics and science; meanwhile, the philosophers were unable to even know whether one event had caused another. Kant’s project was thus incredibly important at that time. His writing was hunting for a metaphysical system that was able to ground the objectivity required by the scientists.

Could there be a more consequential philosophical project? Kant’s ideas about the world respect the cognitive and perceptual resources that come to bear on every knowledge claim that we make. His ideas provide a metaphysical analysis that manages to accommodate the unique stamp of human cognition, without lapsing into rampant subjectivity. And most importantly, Kant’s project is able to inform the sciences on what precisely it is that makes the sciences successful. 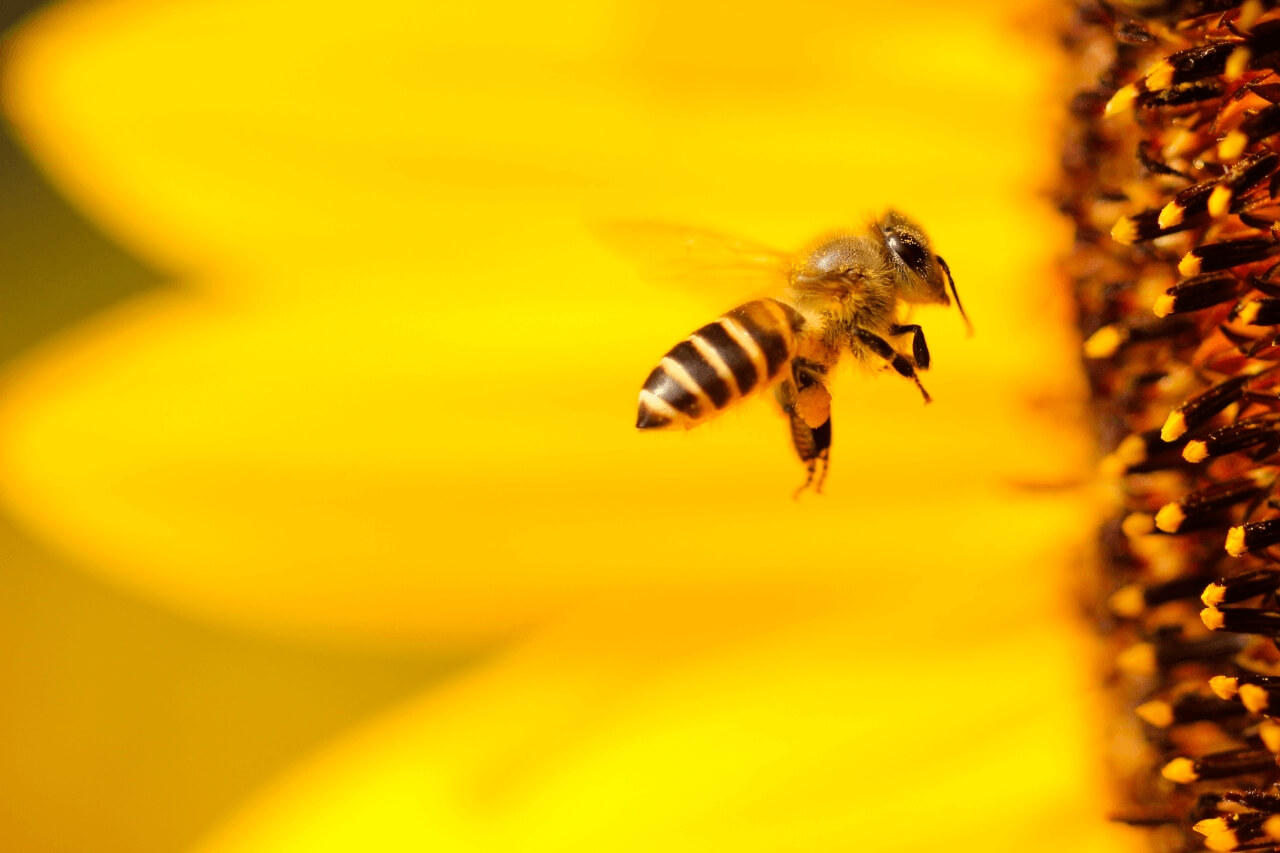 I stand in the garden, observing the beautiful yellow sunflowers that have just bloomed. A honeybee is alongside me.

The peak spectral sensitivity of normal human vision is 555 nanometres, whereas honeybees have three types of photoreceptor that all peak in the ultraviolet range of light. That is to say, unlike us, honeybees can only see things that are outside the range of what we anthropocentrically refer to as ‘visible light.’

The honeybee sees nothing that is yellow. I see nothing that is ultraviolet. Are we both hallucinating? No – we both perceive something that really does exist. Kant’s argument is what allows us to explain that objectivity of shared experience, while also retaining the uniquely human subjectivity that we bring to the situation. Building on this, all of science is possible.

3 We know that creatures different from humans experience the world differently by examining their sense organs. However, we can never really know what the conscious experience of another creature is like. This is related to the hard problem of consciousness. For more on this, see Thomas Nagel’s brief essay on ‘What Is It Like to Be A Bat?’

4 According to Kant, the way that we ‘shape’ or ‘mould’ our experience is done using a set of innately held categories that are schematised. Kant was incredibly precise about this list of categories and how we derive them from a set of logical forms. This has led some to accuse him of an unnecessary “architectonic mania” – meaning that he subdivides things excessively and irrationally, trying to find patterns that aren’t really there.

5 According to Hume, causality is a habit of the mind, fabricated out of repeated experiences. When we experience two events repeatedly occurring together, we assume that one event causes the other, just because of habit. There is no deeper ‘causal power.’

6 Claiming that objects are in some way dependent on our mind is a stance known as idealism. Kant’s idealism is different from Berkleian idealism, however. For Berkeley, all objects exist in the mind. For Kant, objects still exist physically, but the conditions of our experience of those objects is mind-dependent. This results in his idealism being labelled transcendental idealism, as transcendental means relating to preconditions of experience.

7 To be precise, when Kant writes about these distinctions, they apply to judgements (Urteil) about our cognition (Erkenntnis). Cognition is slightly different to what Kant calls knowledge (Wissen) – however, for our purposes these finer details aren’t relevant.

8 Here I am simplifying again; Kant uses the word ‘reason’ in a very specific way differently to how I write about it here, but which isn’t relevant to our purposes.

Read more articles tagged Philosophy, or check out everything.